Gary Abud teaches STEM at Grosse Pointe North High School. He was the 2014 Michigan Teacher of the Year.

Sean McComb teaches students English at Patapsco High School and Center for the Arts in Baltimore. He was the 2014 National Teacher of the Year and is a Teaching Channel Laureate.

Tom Rademacher is an English teacher in Minneapolis and the 2014 Minnesota Teacher of the Year. He writes about teaching at http://misterrad.tumblr.com/.

Now in its second year, #LoveTeaching is a social media movement that encourages teachers to share why they love their profession during Valentine’s Day week. Teachers can participate individually or encourage their entire school to get involved.

Tom: Probably a year and three months ago or so, I was reading a lot of those articles about “here’s why I quit teaching, here’s everything wrong with school.” I went on Twitter and said something about being sick of that narrative and wishing that there was more [positivity] out there. Sean replied to me—it was one of the first times we had interacted online—and said, “Yeah, there should be a movement about positivity [and] why teaching is great.”

Sean: [About] once a week I’d log onto Facebook and have a letter giving up on the profession [or] highlighting the negatives pushed into my face. [As] someone who wouldn’t be the person I am without the teachers who were part of my life when I was a teen, it was really hard to be confronted with so much negativity. When Tom reached out, I really latched on. There’s another side to this story, another perspective. I felt a responsibility to put it into the world.

Gary: Despite the challenges, teachers still love teaching. [We want to] show the world as much as possible that their kids’ teachers aren’t disgruntled, bumbling, angry. There are still millions of us that love it.
We’ve seen our share of hashtags that are meant to generate social change or draw attention to an issue. [So we got to wondering,] what if we had a social hashtag to capture all those positive stories, archive them [and] get them out there? It dawned on us—Valentine’s Day is coming up, [so] what if we had it be focused on the love of teaching?

Tom: This time of the year really is among the hardest for teachers. February and March are a real struggle to stay positive, focused, inspired. This is the time of the year that teachers need a lot of love and positivity, [so the #LoveTeaching movement is a] great excuse to focus everyone on that.

What’s really fun about the whole thing is that I’ve met Sean in person twice. I’ve never met Gary. All of this happens through a series of Google Docs, group chats, direct messages. With three different people with three different networks, we all have different friends all over. We make sure everyone knows it’s coming [and are] encouraged to participate where they feel comfortable and strong.

Sean: Last year we didn’t have any idea what we were doing. We didn’t envision what form it would [eventually] take—Facebook posts, blogs, tweets. This is a passion project—we don’t get anything out of this. We don’t try to get credit; I love when I see a tweet, “Thanks to those who are doing this.” We lit a match.

Gary: [It’s] spread beyond what the three of us could have imagined or hoped for. This year, [we’re focused on answering] how do we make this start to stick in the way that Teacher Appreciation Week stuck? An underground holiday if you will—[something] teachers can know to expect each year around Valentine’s Day. [The] hashtag [lives] on throughout the year—it’s a source of inspiration [and a] positive message in the profession when [teachers are] feeling down or up and want to share.

Tom: [The #LoveTeaching movement is] something that helps focus people on all the reasons we’re here. [It also has a] broader audience—it’s really important, outside of teaching, for people to recognize that the broad majority of teachers are truly passionate about what they do. It’s not a message we share often enough.

Gary: This isn’t just a grassroots effort to bring teachers together—it’s a grassroots movement to have a global conversation about what we love about the work, the positives that brought us there and keep us going [and] keep the bad in perspective for the greater good.

Sean: I wrote a blog post this year and it ran on the website A Plus. Ashton Kutcher happens to run that [and] he tweeted the article. I looked at the replies, and in the replies were multiple people replying to him and saying, “Oh wow, I need to go back and thank [insert teacher’s name here] for all they’ve done for me.” [Now, because of the #LoveTeaching movement,] some teacher in the country will get a thank you.

Gary: For me personally, I have found that when I’m having a rough day, I’ll look at the hashtag. What brings me back—despite all of the clouds [or] challenges you might be facing—[is that] there are those pure and positive reasons you went in and the rewards. It can be easy to lose sight of that—[if you do,] go to the hashtag.

Sean: [There’s] always a tension in this work; it’s so easy to find the negatives, challenges, failures. We should always look to improve, but in order to sustain our energies and efforts, we have to be able to pause and say, “What’s going well? Where’s the good, why do we love this work?” [That’s] not in any school progress plan or faculty meeting schedules.

Gary, Tom and Sean’s top tips for collaborating with other teachers to spread positivity in the profession:

Gary: The best piece that helped us to succeed was that we all were completely open to ideas—new, old, fresh, repeated. [We could] reach out without judgment and hesitation and get a response back from the others [with the] unspoken agreement that we were in it together.

Tom: If the #LoveTeaching movement has shown me anything, it’s that there are so many people out there who want to work toward something positive that it’s not worth spending time on the people who are focused on the negative. It took me a long time to figure that out.

Sean: I think for all three of us, we didn’t set out and say, “If we don’t get XYZ then this is a failure.” If it doesn’t take off, it’s still worth doing it [as an] opportunity for us to focus on the positive. I don’t get hung up on who is not participating. I look to encourage, amplify the voices of those who are. That has helped it be a success for me in my mind the past couple of years.
We just really followed our hearts, where they were pointing us. There’s a lot of good in this work and reasons to do it, and those things deserve to be said.

Connect with Gary @mr_abud, Sean @Mr_McComb and Tom @MrTomRad. Follow the #LoveTeaching movement on Twitter and join in the conversation by sharing what you love about the profession! 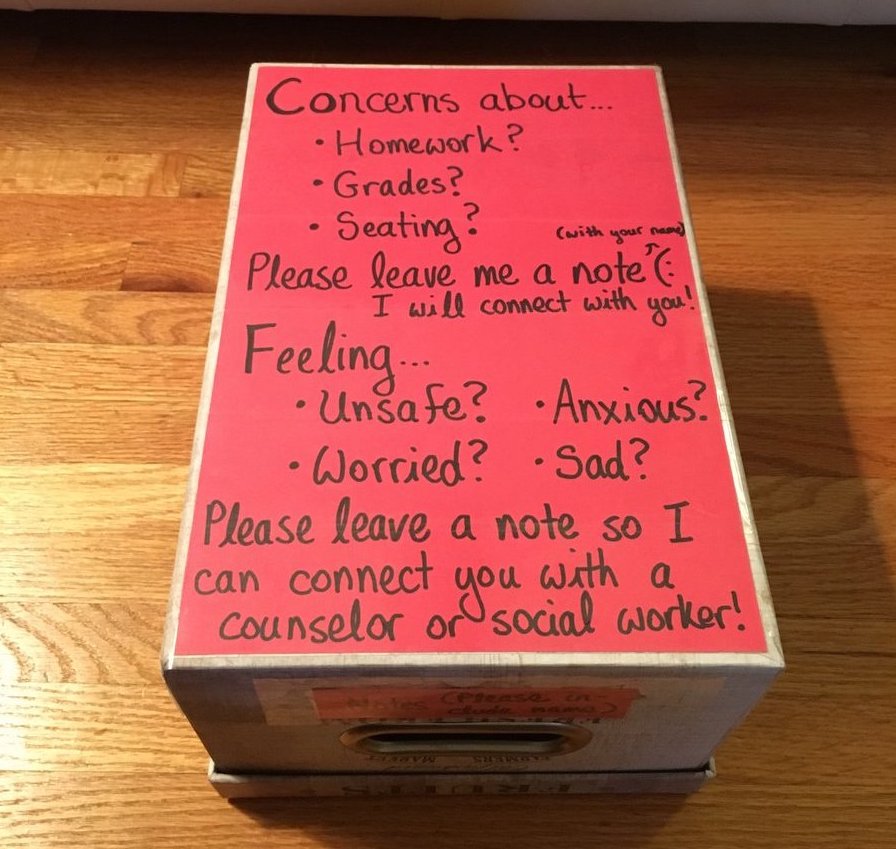 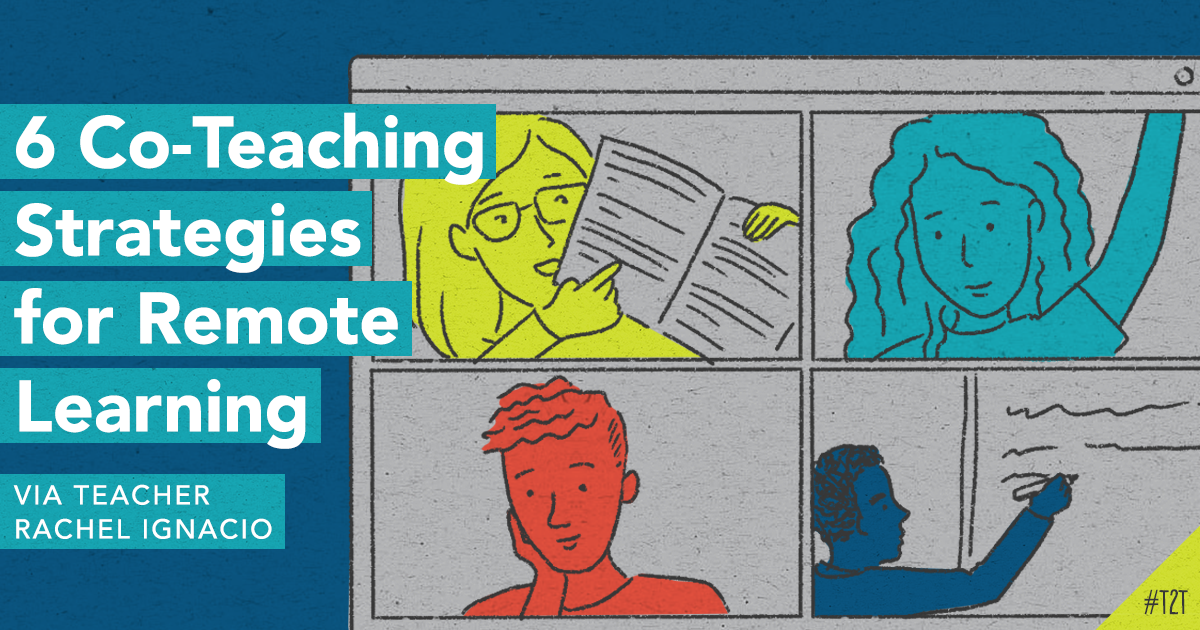 I’m teaching remotely this school year, and I miss being in the classroom. I miss seeing the kids every day. But one thing I’ve been rea...