As a gay educator, I didn’t feel comfortable sharing my identity with my students at first. Before coming out, I wanted to make sure I was a permanent member of the faculty, and I wanted to learn about whether my colleagues would support me. I didn’t share much about my personal life at all. At school, I was just a teacher.

After a couple of years, I started coming out to my students at the beginning of the year. I showed them a slide introducing myself and some members of my family – including my wife at the time. I’d just say, “This is my wife.” My students accepted it without any issue. Frankly, a lot of them are scared the first few days of school. They’re nervous for themselves, not worried about me. They’re like, “OK, who are you? Where is the bathroom?”

Before they meet me, a lot of kids don’t realize they know any gay people. They see gay people on TV, but that’s out there. They think, “That’s away from me, and I don’t know anyone like that.” By being open with them, I’m allowing my students to see that a gay person can just be somebody they know.

A couple of years ago, my vice principal approached me and asked if I would want to take another step and start a Gay-Straight Alliance club. I had always wanted to do something like that, so I jumped at the chance.

The first year, the club was very underground. It was really just one-on-one mentoring, having lunch with a student now and then. A lot of kids in the LGBTQ community were having trouble at school – being harassed or bullied for their sexuality or their perceived sexuality – so many of our conversations were about how to deal with that. I’d talk with students about what it meant to come out. A lot of it was just talking with the kids about accepting themselves and being OK with who they are.

Last year, we started the club in full force. We started having meetings after school, and it’s been life-changing. I didn’t know if kids were going to come. The first few meetings had very low attendance, but as word got around, the meetings got crowded. We do social activities, but in that space, we’re also having conversations. We talk about coming out. We talk about acceptance. We talk about self-care. And sometimes we just talk about what’s going on at school. It’s not always hard-hitting conversations; sometimes we’re just hanging out.

I always tell my students, “When I was growing up, I thought I was the only gay person in my town.” That’s how invisible people were. That’s how few resources we had. I wish I’d had a club like this.

For the kids who are in the club, I see their confidence grow. I will have colleagues come up to me and say: “Is so-and-so coming to your club? I’ve noticed they’re smiling.” And it has had an impact on kids who aren’t in the club, too. I see kids sticking up for each other. Now I always tell people, “If you build it, they will come.”

I don’t think teachers have to be a member of the LGBTQ community to support all of your students, either. We all have different levels of fluency with LGBTQ equity issues. If this is new to you, try to keep an open mind and seek out resources.

All educators can support LGBTQ students as allies by making sure LGBTQ people are included in the world we teach to our students, and by asking ourselves, “How can I make the contributions of LGBTQ people more visible?” We can educate ourselves by leaning on existing resources, such as those offered by the GSA Network and GSLEN.org. And we can take the time to educate ourselves and lean on each other.

Just as in everything we do as teachers, our students’ needs are at the heart of this. A big part of being an ally is just asking ourselves: How can we support each of our unique kids and celebrate who they are as individuals? 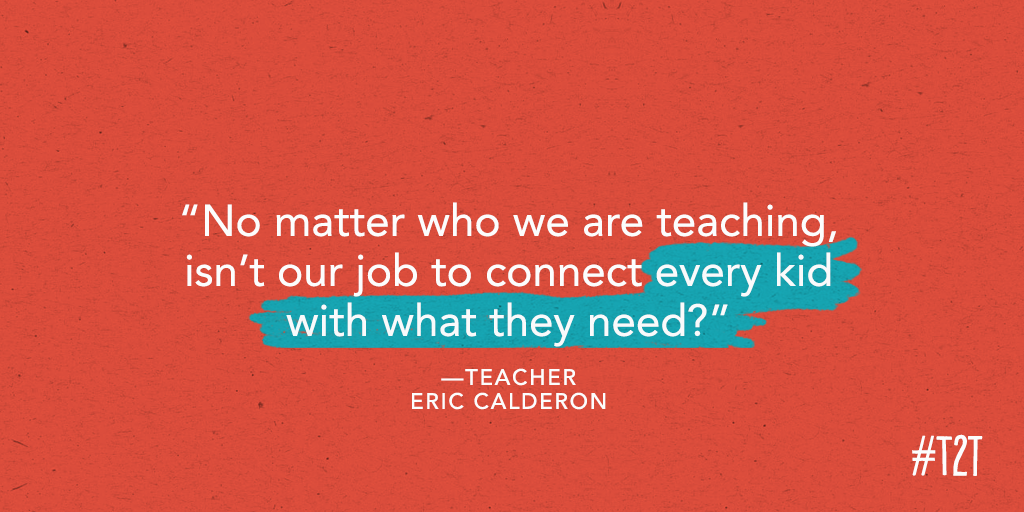 When I Look at my Students, I’m Looking at Kids – Not Labels

As a special education teacher, my mission is to make sure every child knows they have limitless potential. Students come into my class carr...