Kenneth Joyner is teacher at Memminger Elementary School in Downtown Charleston, SC. He, along with teacher Raymond Nelson, founded the school’s “Boys with a Purpose” club. Every Wednesday, its 65 young members arrive at school dressed for success and gather for lunchtime lessons around proper etiquette, ethics and self-esteem. Their motto? “Look good, feel good, do good.”

We also talk about respecting women, about holding the door for people. We actually had a young man who held the door for someone and later said, “Mr. Joyner, they didn’t say thank you.” And that’s a big issue, you know, because you want to feel appreciated—especially when you’re young and you’re doing the right thing. But we tell them that you can’t do these things because you’re expecting a thank you—you have to do them because you know it’s right. I try to teach them that character is not a coat you take off when things get hot. It’s like your skin—you wear it all the time. And even when it gets uncomfortable, you’ve got to do what’s right.

But again, that’s a hard principle for young boys to understand—boys who have been taught to be tough, who have been taught not to take anything from anybody. It’s difficult for them to dial it back and think, “I may look like I’m not being tough, but the tough guy is the one who can control himself.”

We do have some fathers involved [in the club], but we definitely want to see more men involved. That’s actually going to be our back-to-school kick-off—it’s going to be called “Calling All Fathers.” Because I’ve met with at least one parent for every one of my students, which is 17 students this year and 20 last year, but I’ve only met with two fathers in the past two years. And that’s for various reasons, but we want to spotlight the men who are doing what they should.

I think that for the 2nd and 3rd graders, [the draw] is all the excitement around the program, but those kids who are older, the 4th and 5th graders, it’s that sense of wanting a connection. They’re missing something—maybe leadership, maybe a role model in their lives, and they really want that. You know, kids don’t want to be out of balance. They don’t want to be defiant or to “act out.” They want a system—they want something to belong to something so badly that many of them are connecting with the wrong things, and that’s why they join gangs. Or, they join clubs like this.

Sure, we’ve had some boys who wanted to join the program who never got in—boys who needed to work to change their behavior before they could join. But even with those boys, both myself and Mr. Nelson, we still try to meet with them and talk with them. Because it’s not baseball—one, two, three strikes and then you’re out. That’s not how life is. If somebody would have given up on me after my third strike, I wouldn’t be talking to you today.

So, we never give up, and we let all of our boys know that. We tell them, “I’m upset with you. I’m disappointed with you and your behavior, but I’m never going to give up on you.” Because I understand what it takes. It takes consistency—of love, of care, of support. And I think that holds true for all kids—they just want you to believe in them long enough for them to get it. And once they get it, once they’re able to balance their emotions and their attitude, the sky’s the limit.

That said, I believe that people will rise to low expectations. So, even in my classroom, on the very first day, it’s high expectations. The kids know that “I can’t…it’s hard…I don’t want to…”—that’s just not allowed. They know they’re going to be pushed to the max academically, but we’re still teaching empathy, cooperation. We’re teaching the skill sets these kids need so that when they’re out in the real world, they have the whole package. They know how to work on a team, how to work with those who are different from them, and if they don’t know something, they’re willing to go find the information they need. That’s what I push in the classroom—the value of education; the great equalizer. It’s the one thing that can take you from a small city in South Carolina to Harvard, to Yale, and put you on the same playing field [as anybody else].

Just being in a classroom and being with this group of kids, it fits me, it fits my personality because of who I used to be. When a kid comes in and says, “I didn’t do my homework last night because we didn’t have lights,” I can relate because that was me. I think that when kids have hope taken away from them, you get what you see today—you get a high dropout rate, you get bullying. But when they have hope, when they feel like they can make something of themselves, then you get a different child. I want to provide that hope—I want to let them know that they do have a future beyond their environment, beyond whatever has happened to them, because I came through it myself and I know it’s possible.

If we want a better world, if we want a brighter future for them, then we’ve got to continue to try to do our best to make sure they know that at every single turn—even those kids who are your tough kids. For me, I welcome the tough kids because [even if] we never grow on good terms, and they’ve made me a better teacher. But, you know, I’ve seen so many teachers work so hard, and we don’t do enough to encourage them, to just say, “thank you”—to every teacher who stays late, to every teacher who offers counseling, to every teacher who runs the after school program. It’s a thankless job sometimes, but I commend all teachers because it’s a tough job, and in the end, you’re touching the future. You’re really making a difference.

Kenneth shares the top three pillars that guide his teaching methods as both an educator and a mentor:

My teaching philosophy, all throughout my career, has been “connect, inspire, teach.” It’s what I believe in with every fiber in my body.

1. Before you roll out curriculum, every teacher has got to make a connection with every child that comes through that door. You’ve got to learn that child’s story. So, for me, the first week is spent doing nothing but getting to know the kids. And I’ve been in this game for a while—I know that every minute, every second counts when it comes to getting ready for testing and assessments. But if you don’t make that connection first, you become what we call a “firefighter,” always putting out fires, all year long.

If you connect first, kids know that you’ve got their back. It’s about having a genuine conversation with them—it’s about asking, “How are you doing today? What did you do last night?” So, when kids say, “Mr. Joyner, here’s my schedule for basketball, can you come to a game?” Absolutely. It means home visits. When I hold parent conferences, I have a 90% turnaround from all of my parents. My parents know my face—they know I’m serious.

2. The second piece is to inspire kids to believe that they can be whatever it is they want to be, however far-fetched you might think that is.

It’s not my job as a teacher to decide what future a kid should have—I don’t have that authority. I do have the authority to speak into a child’s life, to tell them that they can be whatever it is they want to be, then do everything that I can to make sure they get there.

3. The last piece is to teach —that’s what we signed up for, that’s what we went to school to do. But it’s shifting. I know our standards, I know what knowledge we have to instill, but I try to teach in such a way that the kids don’t even realize they’re learning.

You have to get creative. This year, we talked about government. So, my class went down to the courthouse. We sat in a real courtroom and listened to a real case with a real judge—an African-American female who’s been on the board for 30 years. Afterwards, she spent an hour and a half speaking with the kids, answering questions. When we got back to the classroom we held a mock trial—I even began with the Law & Order intro. And you know what? My job was whole lot easier because they had a real, tangible idea of how the system works.

I wish I could have had that, but I always said that what I didn’t get in the classroom, I was going to do. I want to make it fun, make it different, make it interactive and make it special for them so that they can run home and say, “We went to a real court today. We met a real judge today, and she said, ‘You could be a judge, too.’” That just opens up the possibility for a child to realize, “Hey, there’s more out there for me.”

All posts by Kenneth Joyner 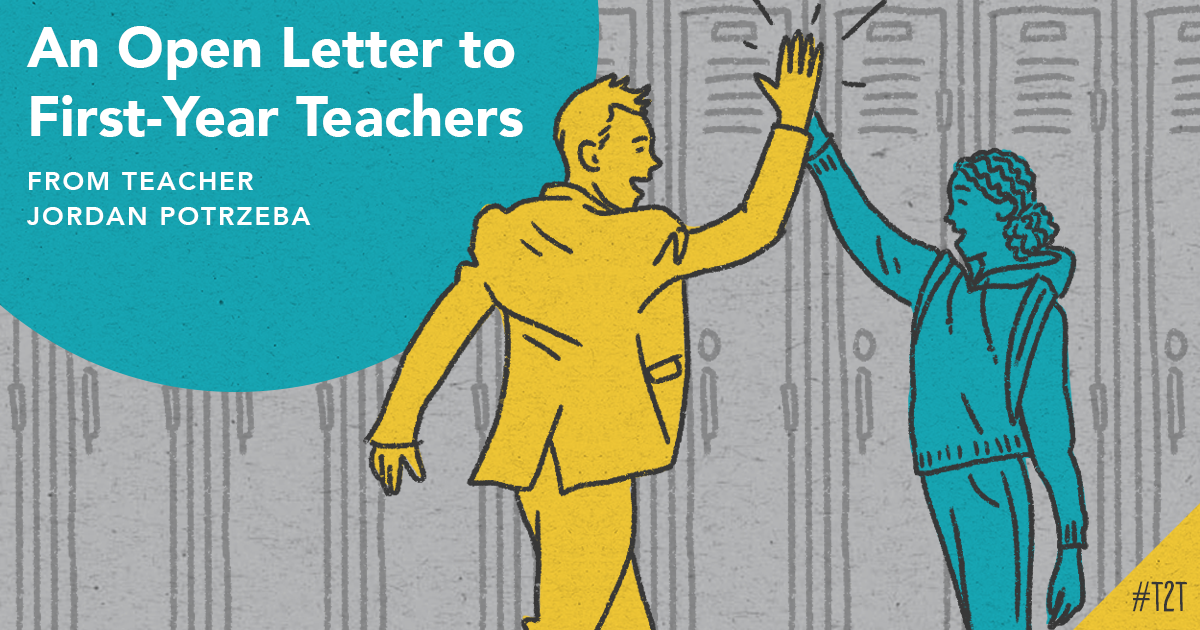 An Open Letter to First-Year Teachers After Winter Break

Coming back to school to start a new semester, I felt energized and excited to see my students, but I also felt some fear. 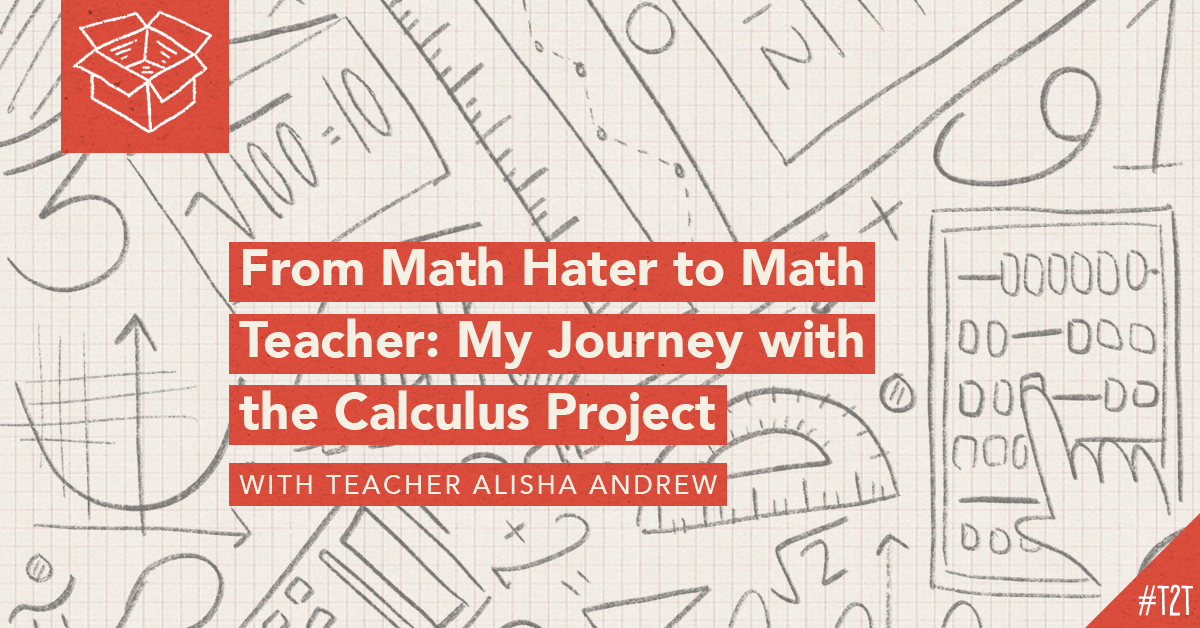 From Math Hater to Math Teacher: My Journey with the Calculus Project

Growing up, I hated math. If you’d asked me back then if I would be a math teacher now, I would say, “No way!” I was intimidated by it... 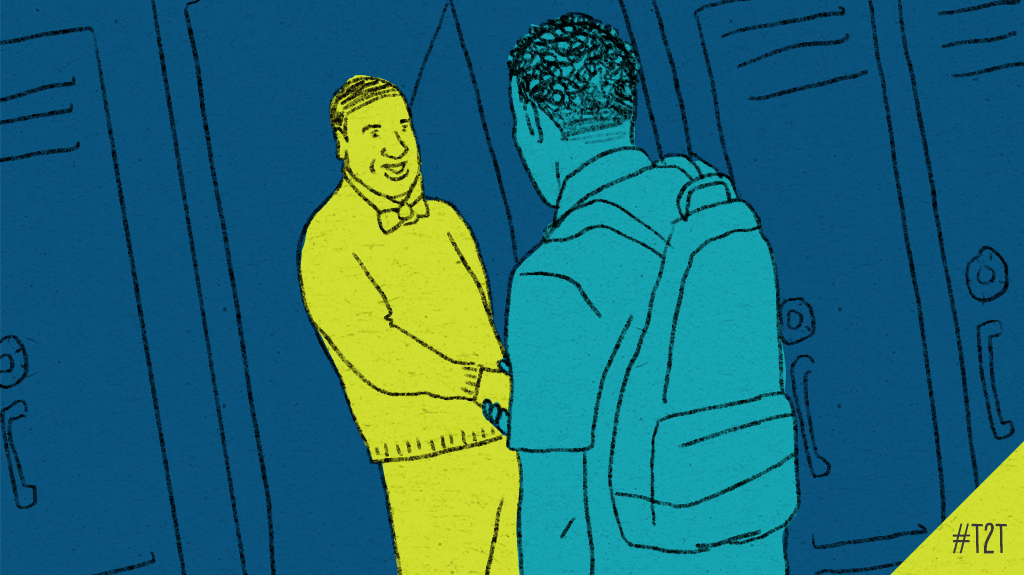 I Saw an Opportunity to be a Role Model For Students

During my junior year of college, I couldn’t figure out what was so special about the history class I was taking. Finally it hit me: I lov...