Whether We’re Teaching History or Math, the Stories We Tell Matter

I sometimes hear from my fellow math and science teachers that we don’t need to worry about culturally responsive pedagogy. They say it doesn’t apply to our fields because STEM areas are objective and culturally neutral. Math is math, isn’t it? But the truth is that there is no such thing as neutral subjects.

Last term, I taught a math course for pre-service teachers in which we discussed the Fibonacci sequence: a world-famous mathematical sequence that has beautiful connections to the natural world named after an Italian mathematician. When I invited the students to start digging into its history, they began to discover that Fibonacci was not the first one to discover this sequence. Indian mathematicians, Pingala and Hemachandra, noticed and documented this unique sequence many decades before Fibonacci. But, yet, for some reason, it is Fibonacci’s name that has been eternalized in math classrooms.

Some might think, “Why does it matter what it’s called? Fibonacci or Hemachandra, it’s just a name.” But, the fact is, the stories and histories we choose to center and the ones we choose to erase send our students an important message. When students don’t see themselves, their culture or their lived experiences represented in their classrooms, it tells them they don’t belong. It sends students an implicit message that math and science are subjects that have always “belonged” to the west. And that is simply not true. Math and science have histories as rich as the students in front of us, and our students deserve to explore these histories.

What’s more, when students see themselves in the classroom, the learning becomes personal, meaningful and relevant to them. They connect with it on a whole new level and they feel empowered. They see themselves as scientists and mathematicians, too.

When we explore histories, we have an opportunity to examine the social, cultural and political contexts in which scientific development has occurred, who was given credit for scientific and mathematical discoveries, and why. They begin to see the longstanding impacts of colonialism and can think critically about the current challenges and realities of our world. Without recognizing these truths, we are not doing justice to our students or to our subjects.

In math and science, we have the opportunity to open the world to our students by showing them a range of histories and perspectives. There are so many stories about untold science and stolen science, and we are at a place now, I think, where we can confront those realities in history, look at giving credit where credit is due and reconsider the stories we’ve learned. This can be very empowering for students.

An understanding that science is not static, but an ever-evolving body of knowledge that is not free of bias is essential for students to develop scientific literacy skills. Part of that understanding is acknowledging that science exists as a part of various knowledge systems from many diverse cultures. Exploring and understanding sciences from various cultures and perspectives doesn’t negate Western science. In fact, we can adopt an approach where we can respect and understand multiple perspectives, giving us a better understanding and a more holistic view of the world. We create an environment where students feel comfortable sharing their own stories and their own perspectives, where they appreciate learning with and about one another, and they value being a part of a community of diverse learners.


I’ve learned over many years as an educator that the beauty of math and science is understanding that there’s more than one perspective and more than one way of approaching a problem. Whether we are teaching about an ancient civilization, a novel or a scientific theory, all of our materials have a history. We need to ask ourselves: Whose stories are being told? Whose stories are being left out? Who got credit for the work we’re sharing with our students? Whose perspectives are we inviting into the learning? And in doing so, we invite our students to go into the world and ask those questions, too. 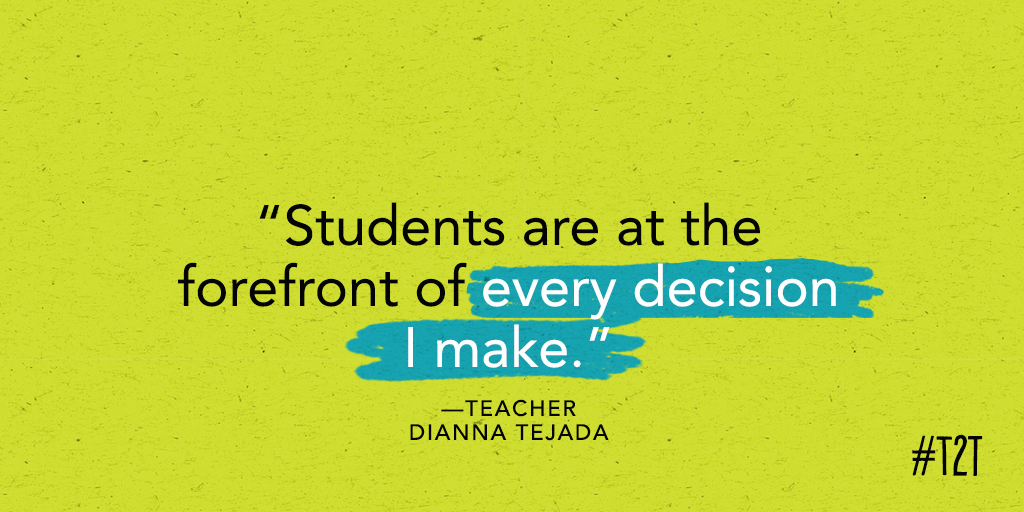