Heather Lister is a middle school teacher-librarian in Derry Township School District, PA. Connect with Heather on Twitter @heathermlister and learn more on her website, heatherlister.com.

I always thought that I wanted to be a teacher. When I was in college I remember thinking, “Okay, I can be an elementary school teacher, a gym teacher, an art teacher — maybe one of the four content areas.” I chose math just because I was good at it, but the truth is I never really loved math. I kind of had this interest in everything.

When I met my husband, his mother was a library aid. I don’t know why, but I didn’t really think of librarians as teachers. When I did some research, I realized that [the role] was actually a little bit of everything. Not only are you this curriculum resource, but at the time, there was this huge technology influx, which I was really interested in, too. Everything just clicked and I realized that this is what I wanted to do.

The biggest thing that I’ve learned is that everybody has their own perception of what a library is. So, that meant showing each person something that myself or the space could offer them. [I began] meeting with individual teachers to find a way to integrate the space into their curriculum. But, you have to realize that it looks different for every grade level, every content area and sometimes, every teacher. This is the first year we did a lesson with math, because librarians aren’t just the book people anymore. Since we focus on things like coding, I’ve been able to work with teachers that I never thought I’d work with before.

There’s always going to be a need for research skills, informational literacy skills, digital citizenship skills. But, we’ve been able to focus on creation outside of writing a paper and citing. One of the last lessons that I think was really awesome is something I worked on with our English department. It was a workshop called “Make Writing,” which is essentially a writer’s workshop, but instead of just writing or thinking about a story using pen and paper, we were able to use Stop Motion apps, Scratch Jr. and a green screen — sometimes paints, colored pencils and crayons.

Our makerspace is my old library office. We took all of the supplies out and so it’s really just stuff — our tech department donated a lot of the technology. The kids just love taking things apart. One of the devices they took apart was a computer. They were able to remove the cooling fan and made a filtration system using the fan. We have three different sections — one is “things to take apart.” Then, we have a section for good computer parts, because we do have some kids who try and build their own computers. We also have a section that’s more for arts and crafts, a wall full of robotics, a few maker kits — we even have a sewing machine in there.

The makerspace is a space for everybody. Because ours is surrounded with glass windows, [students] will see somebody in there doing something that draws their attention and they’re so intrigued that they head inside and this snowball effect happens. Next thing we know, they’re building this big project.

The biggest thing is that groups of students who are never seen together are together in the library. I think a part of it is the environment. Everybody who is in the makerspace is there for the making — you don’t have to worry about the whole social thing or that weird, awkward stage of middle school when you feel like everything you do is being judged. Because you’re in that space with this common purpose, it’s not about who you’re working with — it’s just that purpose, and they’re so excited about it because a lot of the things they do they’ve never seen before. And it’s exciting for me, too.

Right now we’re working with Makey Makeys, which is very simple. You plug it into your computer via USB cord and then use alligator clips to plug it into anything you want. That [ item ] will then trigger your keyboard. So, instead of pressing the “A” button, you can hook the Makey Makey up to a banana and the banana will actually press the “A” button. Kids love making banana pianos and playing Tetris with Play-Doh remote controllers they built. The other day, we had a student that was in gym class [and] he actually used the Makey Makey and some tin foil at the end line as a timer. That way, instead of using a stopwatch, the computer is sensing [the tap] because you’ve touched the aluminum foil. That’s the kind of stuff that just amazes me, because even though I can teach them how to use the Makey Makey, I can’t teach them all the different ways to actually apply that technology.

I think the reason our [library] is so different than some others is because when I made the space, it was completely driven by what the students wanted. So, with the makerspace, I didn’t just go out and buy stuff — the kids actually made Amazon wishlists. Online, kids can recommend books, which is something they’re getting to be awesome at it. Even the games we buy are games they’re talking about outside of school. I feel like the biggest reason kids gravitate towards this space because they see it as their space — it was designed by them.

Of course, we still try and flood the library with books and resources that address the academic needs of the kids; it’s just that middle school is such a confusing time. Kids are dealing with so many questions about their identity, but they talk a lot in our library, and that’s something I want to emphasize. We talk about bibliotherapy, which is awesome — it can sometimes be the best option for kids to read books about situations they’re dealing with, definitely — but, sometimes, people just need to talk. What is so healing, I think, for a lot of our kids is that they’re able to find other people that are accepting here.

I think the thing that schools and libraries need to walk away with is that it’s not about the library being the center of the school because the fact is, the library can’t be at the center until the students are.

Below, Heather offers her tips for teacher-librarian collaboration.

For example, when we came up with the make-writing project, the conversation [with the teacher] started with, “My kids are not doing well in the writer’s workshop, they just don’t feel inspired.” And maybe that isn’t a question that would traditionally be directed toward a librarian, maybe another communication arts teacher, but once it was directed to me, I was able to look at all of the resources that we have and see how I could support the teacher in that way.

I’ve really had to put myself out there and learn what they’re doing in class. It’s not always about the library and library resources — when the teachers see you as a colleague just trying to help them improve their lessons, they’re more likely to work with you.

2. In order for this type of collaboration to happen, the librarian needs to be visible. In fact, getting rid of my library office was one of my best decisions. When I had an office, teachers always felt like they were interrupting me. Dear teachers: Please interrupt us! Now, my desk is front and center and I can see [teachers] the minute they walk in.

3. When you don’t have classes in the library, get out of the library. Make things easier on your teachers by going to them — you don’t need a reason! The more you make “showing up” a habit, the more teachers will come to expect you; and when they expect you, you become a part of the team.

Sometimes, it’s not about co-teaching or planning a collaborative lesson. Sometimes, it’s just about resource sharing and bouncing ideas off one another. Sometimes, it’s about sharing struggles. Once I erased the stigma that librarians are useful only when research or citations were involved, that’s when I truly felt like an instructional partner.

Connect with Heather on Twitter @librarianlister and learn more on her website, technicallyalibrarian.com. Interested in making or building a makerspace in your school or classroom? Connect with the Maker Ed Community by visiting makered.org or on Twitter@MakerEdOrg. 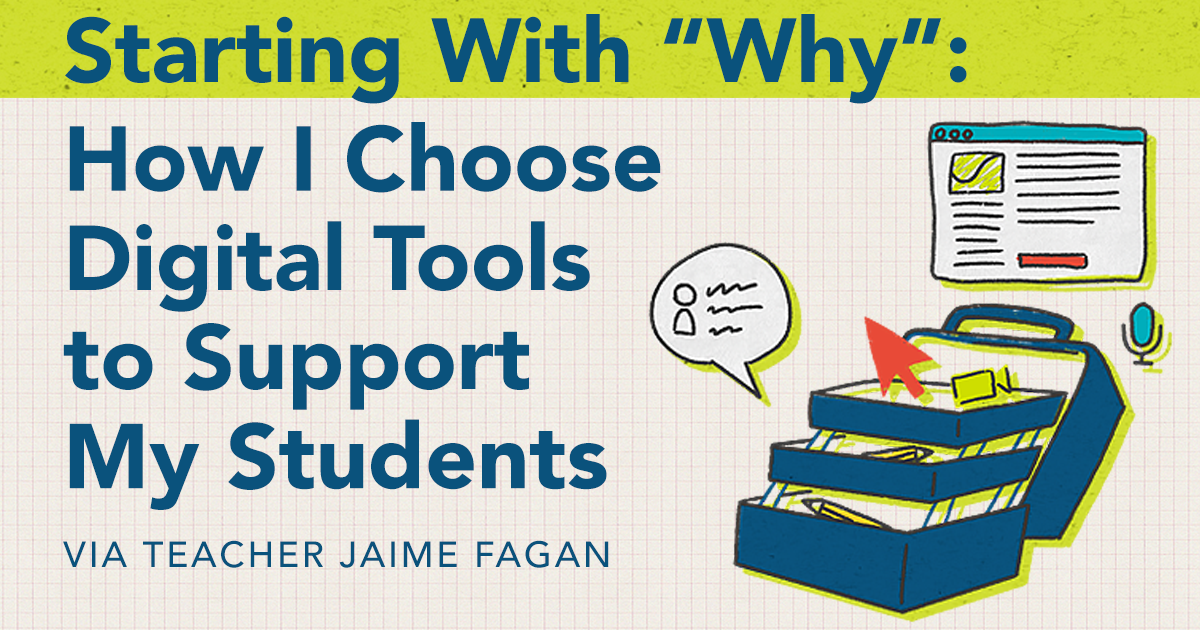 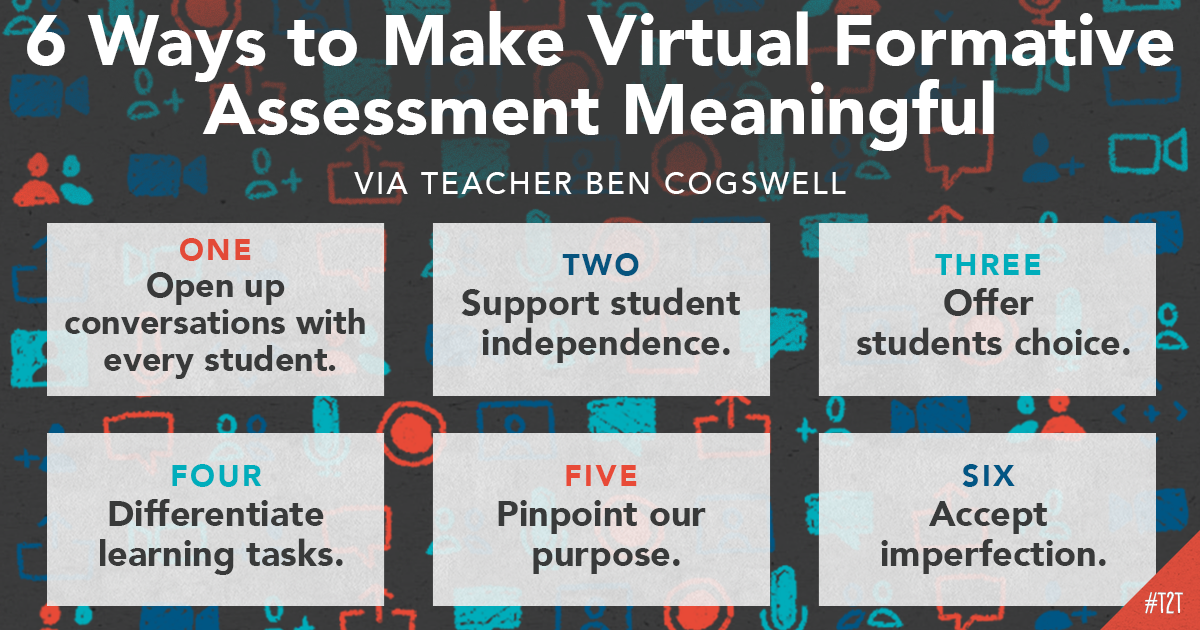 I teach kindergarten in Salinas – sometimes called the “Salad Bowl of the World” because of our rich agricultural industry. Just about... 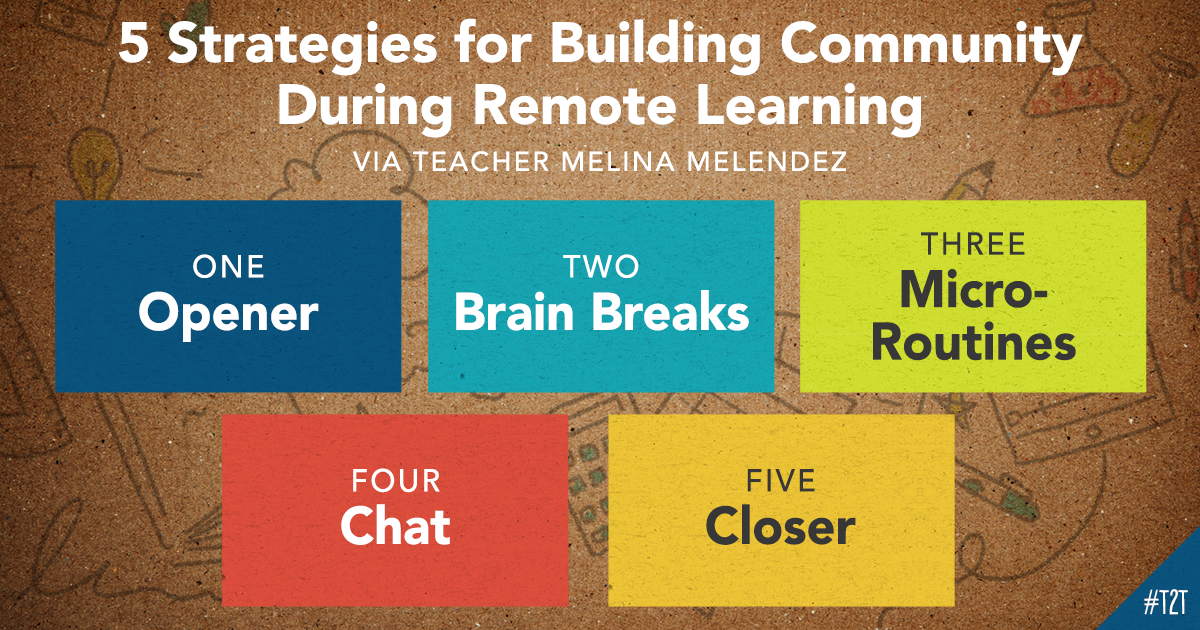 Everything feels different this school year. Like so many of you, I’m teaching remotely – and I’ve found that one of the biggest chal...